Hi Everyone, I had the great pleasure of being a speaker last weekend at the Engaged A Wedding Workshop and it was a huge success.  Bride St. Louis is putting on another event like this next year, so be ready for a great time in February.

As most of you know, BrideStLouis.com is all about educating brides because an educated bride is a happy bride.  In talking with many engaged couples at our recent  “Engaged! A Wedding Workshop” you confirmed this philosophy and asked for more!  The comments that we received were “This is so great, we learned so much.” and  “I wouldn’t have even thought about asking about some of those things. ”   So, we decided to do it again… bigger and better !!!
So watch for our announcement for our next Engaged! A Wedding Workshop II” on February 16th, 2014 at the Holiday Inn at Route 66.  This time we will have four rooms dedicated to mini-sessions that you can selected from.  You can choose which speakers, if any, you want to visit with.  We will expand the vendor marketplace to 75 of the Best Wedding Professionals in the industry.  Some of our preliminary topics include things such as: 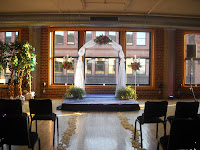 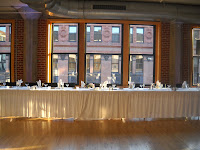 The doormen at Windows on Washington will greet you with a warm hello and smiling goodbye after you have ate, drank and danced your night away and Jason will make sure you get to your car safely. 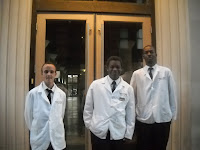 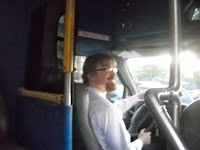 Here is the story of Jeff and Coty:

Jeff moved to Illinois in 2010 to further his career in radio, but it wasn’t until January of 2011 that Jeff and Coty first laid eyes on each other. One night each with their group of friends got together at a bar, one of Coty’s friends was talking trash on Jeff without really knowing him so they didn’t speak to each other that night, but looks were exchanged. About a month later Jeff’s friend was begging Jeff to be his wingman once again (and it helped that it was dollar beer night). Jeff really, really, really didn’t want to see the friend who was talking trash on him again but he knew there was a chance Coty would be there, but he had little hope that Coty would give him a chance with the crazy chatter-box friend in her ear. That night they had a connection though; it was crazy, like they had known each other for years. They stayed at that bar even after they closed and almost got literally thrown out, Jeff had to be on the air by 5 a.m. that morning and it was already after 2 a.m. but he didn’t care one bit, he says he thinks he smiled during the whole two hours of sleep he did have. A couple days later they went bowling with one of her friends as a semi-official first date; on Valentine’s Day of all days, and after bowling Jeff cooked Coty dinner. Their official first date they went to Dave and Busters and since then have been in-separable. Coty never officially moved in to Jeff’s apartment in Illinois but she was there about as much and sometimes more than he was. After some time an opportunity came up to move to Jeff’s hometown, Saint Louis, and after a quick weekend tour, Jeff had Coty hooked. They moved in to the Shaw neighborhood in October of 2011. At that time Coty started dropping hints… she wanted a ring, and Jeff was so happy because he was secretly thinking the same thing. Jeff says Coty didn’t see it coming when he carved “Marry Me” into the tree behind their apartment (still have a pic if ya want it). When Jeff tried to show it to Coty she wouldn’t come outside so he had to coax her outside with some ridiculous story. Then when Coty realized what it said Jeff was on one knee with a ring. Ever since then their mothers and fathers have been waiting for grandchildren. In October of 2012 they bought a house in South County, and then all out wedding planning started by the beginning of 2013. They think buying, fixing and learning how to be a homeowner while planning a wedding was tough but they had their families and friends to lean on and trust me they needed it. When the wedding day finally came it was soooo surreal. It was more than beautiful, it was more than they dreamed, it was absolutely amazing. Everyone always told them that the day would go really quick, that they needed to enjoy it and they did every second, but it still went by so quick. Fortunately they had a remarkable honeymoon, and they hope they never come back from it, at least mentally.
< Back
Leave a reply